WOODLAWN, MD. – Sean McComb, a seven-year educator who teaches English at Patapsco High School & Center for the Arts in Dundalk, was named Friday night as Maryland’s Teacher of the Year for 2013-2014.

McComb’s selection is the second time in three years that a Baltimore County educator has taken the state’s top teaching honors. The surprise announcement at Martin’s West banquet hall in Woodlawn came during a gala and celebration of the teaching profession that drew more than 1,000 of the state’s elected and educational leaders.

The identity of the state’s new Teacher of the Year was a closely guarded secret until State Superintendent of Schools Dr. Lillian Lowery and Gov. Martin O’Malley called out McComb’s name. He was one of seven finalists to compete for top honors among teachers of the year from all 24 Maryland counties and Baltimore City.

“We are excited that the Maryland State Department of Education recognized what we in Baltimore County Public Schools already know about Sean McComb — he is a passionate and effective teacher who engages his students with facilitative and collaborative lessons that are relevant to their lives and how they learn,” said Baltimore County Superintendent Dr. S. Dallas Dance. “We are very proud of Sean and this is an extraordinary honor. He will be a great Teacher of the Year representative for the state of Maryland and Team BCPS!”
Joined by Dr. Dance and current Patapsco Principal Craig Reed, McComb took to the stage amid raucous applause and cheers from a large Baltimore County schools delegation that included members of the Board of Education. Addressing the crowd, McComb thanked his family and Patapsco colleagues and commended the AVID program he leads at Patapsco. AVID — Advancement Via Individual Determination – provides skills and support to students who show promise but who might otherwise meet with limited success in school. “It’s the little program that could,” McComb said.

McComb competed for state Teacher of the Year honors after first becoming Baltimore County’s Teacher of the Year in May. Now, for the next year, he will crisscross the state and nation representing Maryland’s 80,000 public school instructional staff.

As the state’s 2013-2014 Teacher of the Year, he receives a cash award, a week at National Space Camp, a variety of national travel and professional development opportunities, a Smart Board and materials from SMART Technologies valued at more than $15,000, a 2014 Kia Forte from the Maryland Automobile Dealers Association valued at more than $25,000, and many other gifts and prizes.

He will also be honored by President Barack Obama at the White House next spring, and he will compete in the National Teacher of the Year adjudication to be announced in April.

In addition to teaching English, McComb has been AVID coordinator at Patapsco since 2007 and an adjunct instructor at Towson University’s School of Education since 2009. A graduate of the University of Pittsburgh with both bachelor’s and master’s degrees, he has coached tennis and track at Patapsco and was captain of a men’s elite Ultimate Frisbee club. 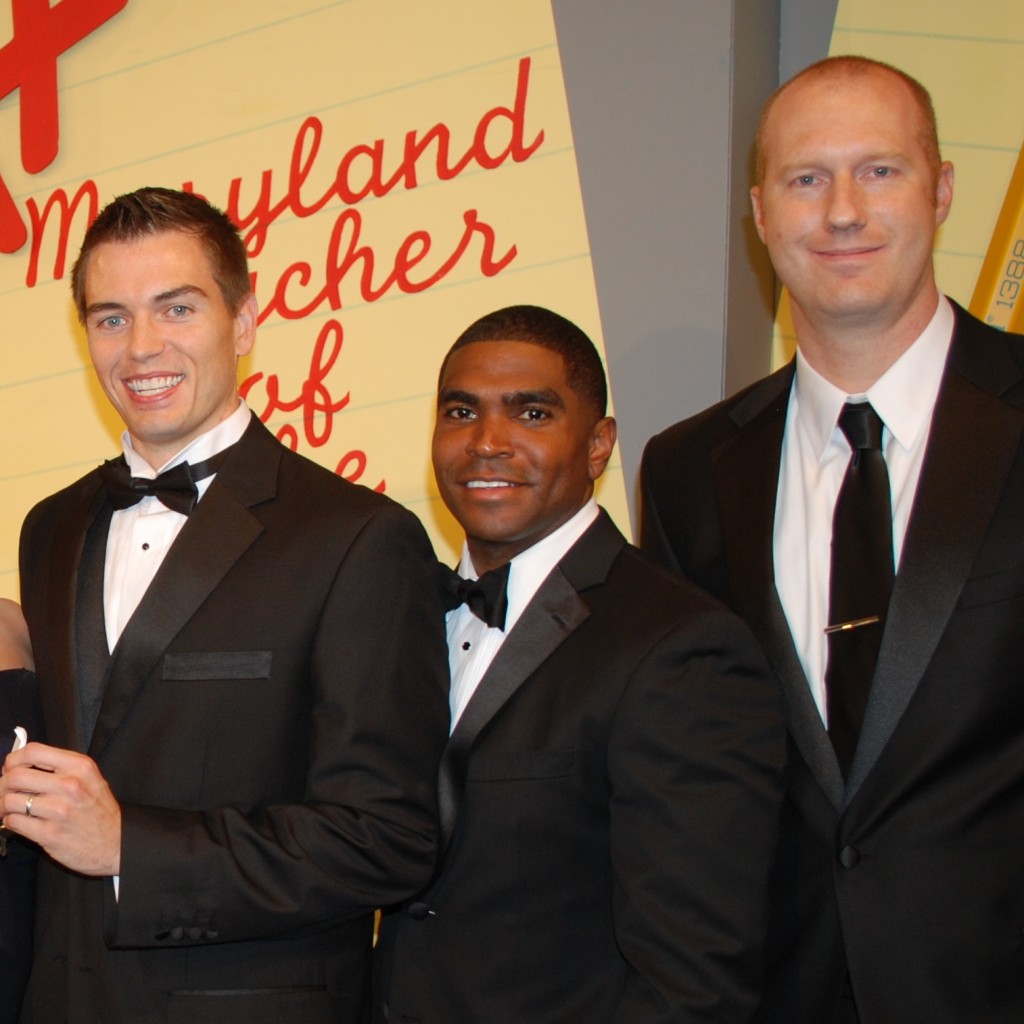