The Recognition and Award Breakfast began a day filled with gladness by rekindling the friendships that were made months or even years ago and by making new friendships as well.   The atmosphere within the venue at the Padonia Park Club on Wednesday, May 11, 2016, was that of joy and eager conversation as The Education Foundation of Baltimore County Public Schools, Inc. hosted the 3rd Annual Celebrating Excellence Recognition and Awards Breakfast.  “Celebrating Excellence provides the Education Foundation an opportunity to thank, recognize, applaud and celebrate individuals who have provided their time, talent, service and treasure to support us throughout the year.” stated Deborah S. Phelps, Director, calling those in attendance  our ambassadors, which includes but is certainly not limited to, our TEAM BCPS Business and Community Stakeholders, our Baltimore County Government, Baltimore County Public School Employees, throughout our entire school district – from the school house to the offices, and Foundation Board of Directors and Staff.

Celebrating Excellence also allows the Foundation the opportunity to showcase the success within TEAM BCPS throughout the year, sharing the EDFoundation’s story and the accomplishments to date from the 21st Century Instructional Initiative and TEAMBCPS Clean Green 15:  Littler Challenge grants, scholarships awarded  for post-secondary education,  our Golf Classic, Back to School Involves you Campaign, Teacher of the Year and Principal of the Year Awards, State of the Schools 2016 (our signature event), Education is a Blast Night, Baltimore County Night at Camden Yard, and the release of Building the Future, a commemorative book about Baltimore County Public Schools, 292 years, written and awarded to the Foundation by Mr. Farrell Maddox. 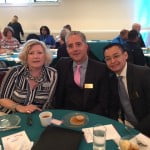 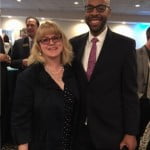 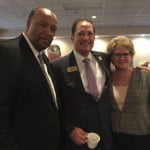 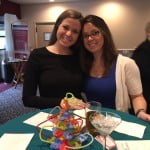 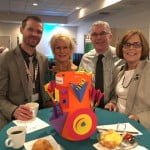 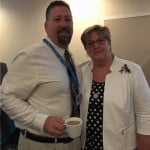 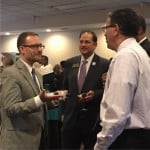 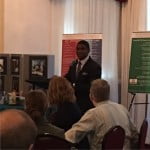 The Recognition and Awards Ceremony extended thanks, recognition, and awards to the following:

Thanking the Board of Directors who have provided their leadership and their time, talent, and service to the Foundation and Baltimore County Public Schools for many years:

Congratulating the 2016 award recipients for their service, leadership, and innovation to the following:

The schools who received grant recognition were as follows:

All grants are scored by multiple grant judges from the community who were honored and recognized along with the grant recipients.  The individuals who served as judges were as follows:

The Foundation has been awarding grants to Baltimore County Public Schools since 2010-2011 for a grand total of nearly $240,000.  Currently during this school year the foundation awarded $100,000 with the same amount allocated for the next fiscal year, 2016-2017.

During the 2013-2014 school year Baltimore County Public Schools partnered with Baltimore County Executive Kevin Kamenetz and the Baltimore County Department of Environmental Protection and Sustainability to host Team BCPS Clean Green:15 Litter Challenge.  To date we have accomplished our third year of working collaboratively to keep our school community clean.

The Education Foundation of Baltimore County Public Schools, Inc. solicited the community to obtain partnerships in order to award the winning schools funding to continue their efforts.  By working collaboratively thru active participation, we have made a real difference in the school community across the county by participating in this exciting hands-on project.  Along with educating our students and the school community about litter and including civic and community groups, our schools have recorded their litter clean-ups.   By working together we were able to bring together thousands of volunteers, participating in hundreds and hundreds of clean-ups, removing bag after bag, literally TONS of trash.

Thanks to our Environmental Ambassadors/TEAMBCPS Partners we were able to award $9,000 in 21st Century Environmental Literacy Grants, providing the Grand Prize recipient a check for $3,000.00 and the 1st place elementary, middle and high school recipients checks for $2,000.00 to the schools who had the most volunteers and bags of trash.  This challenge was made possible through the generous donations of our earth friendly earth citizens.  They are as follows:  Sparrows Point Terminal, Inc., Maryland Environmental Service, the Baltimore County Department of Environmental Protection and Sustainability.

A special shout out to those from the county government and the BCPS Office of Science who were quite instrumental in our litter challenges.  The individuals who provided assistance with reviewing the data and selected the recipients are as follows:

During a collaborative dialogue with Emily Gordon, Executive Director of Hot Spots Extended Care Programs and Deborah Phelps, Director, a special announcement was made pertaining to the 2016-2017 school year.  Hot Spots Extended Care Program’s passion for children doesn’t stop when the school day ends.  With the vision to promote academic achievement by extending learning outside of the classroom and strengthening the school-community relationship through collaboration and partnership with educational leaders and community stakeholder, Hot Spots is partnering with the Foundation to gift ten (10) $3,000 21st Century Instructional Initiative Grants for the upcoming school year.   The grants will align with 21st Century Learning Themes but have two additional components, which is collaboration and a community engagement activity.

Closing remarks for the Celebrating of Excellence Breakfast were two-fold; one in the voice of the director, Deborah Phelps, who again took the opportunity to thank, recognize, applaud and celebrate individuals who have provided their time, talent, service and treasure to support the work throughout the year, restating the vision and mission of the foundation’s work.   As the audience was asked to turn to the back of the room, into the venue entered, OUR FUTURE Padonia Park Child Center, pre-school children – Katelyn Schoenwetter, Gianna DiBella, Christian Boyce, Oliver Bengermino, Luke Marshall, Kai Legenhausen, Rowan Meske,  Shravya Reddy,  Evie Freedman, Georgia Marshall, Greyson Welch and Gavin Heffernan led by their teachers – January Carr, Lisa Bradford and Susan Love who captured our hearts in song.   They were OUR FUTURE.  The FUTURE of Baltimore County Public Schools.

Oh the places THEY will go as they become OUR FUTURE!

The Foundation believes that a person’s

Won’t YOU continue to Champion . . . our cause.

We Invite . . . you to stay actively engaged and encourage others to be an ambassador.

To continue to Invest . . . time, talent and treasure to the Education Foundation of Baltimore County Public Schools as we continuously work towards supporting the Superintendent’s vision that BCPS will create, sustain, and invest in a culture of deliberate excellence for every student, every school, and every community, which will result in BCPS being among the highest-performing school districts in the nation.