Invited by Irving J. Spitzberg, Jr. Esq., on behalf of the Hunt Valley Rotary Club, Deborah S. Phelps, Director of The Education Foundation, welcomed hundreds of Baltimore County Public Schools families who attended the Hunt Valley Rotary Four Way Test Award Ceremony, held at Loch Raven High School, on Thursday, April 23, 2015. After sharing information to those in attendance about the mission/vision and goals of the Education Foundation, Ms. Phelps congratulated the recipients of the awards from the various elementary, middle and high schools.

Mr. Spitzberg stated, “Ms. Phelps message to the audience was exceptionally motivating to both the parents and the students.” She shared the progress that has been made within our district and the expectations for the future of Baltimore County Public Schools, stressing the importance of parental involvement throughout elementary, middle and high school as well as the importance of the entire community coming, making a commitment to support pubic education. Ms. Phelps, personally thanked the work of the Rotary Club and applauded their opportunity that they provide to our schools who particated in the oratorical contest, the Four Way Test. When asked the question by Mr. Spitzberg regarding an individual(s) who made an impact on her life, Ms. Phelps spoke about her parents and the values they demonstrated and instilled in the home throughout her life along with the many the teachers who provide support and guidance throughout the schools in which she attended. 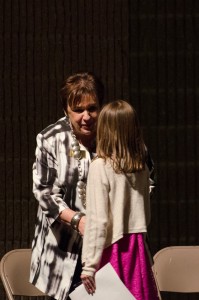 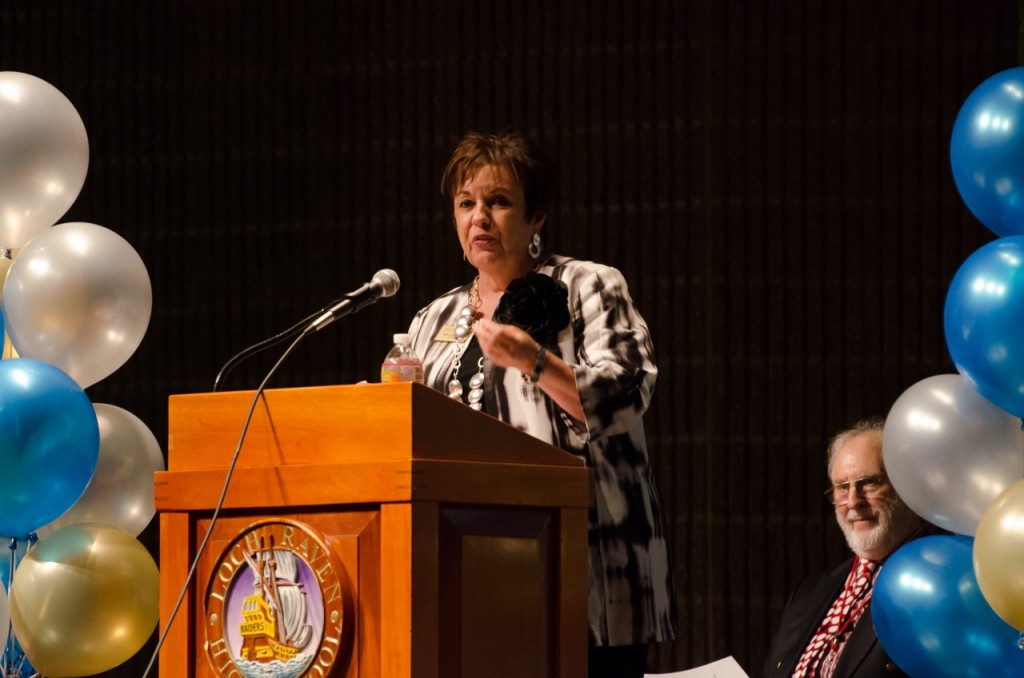